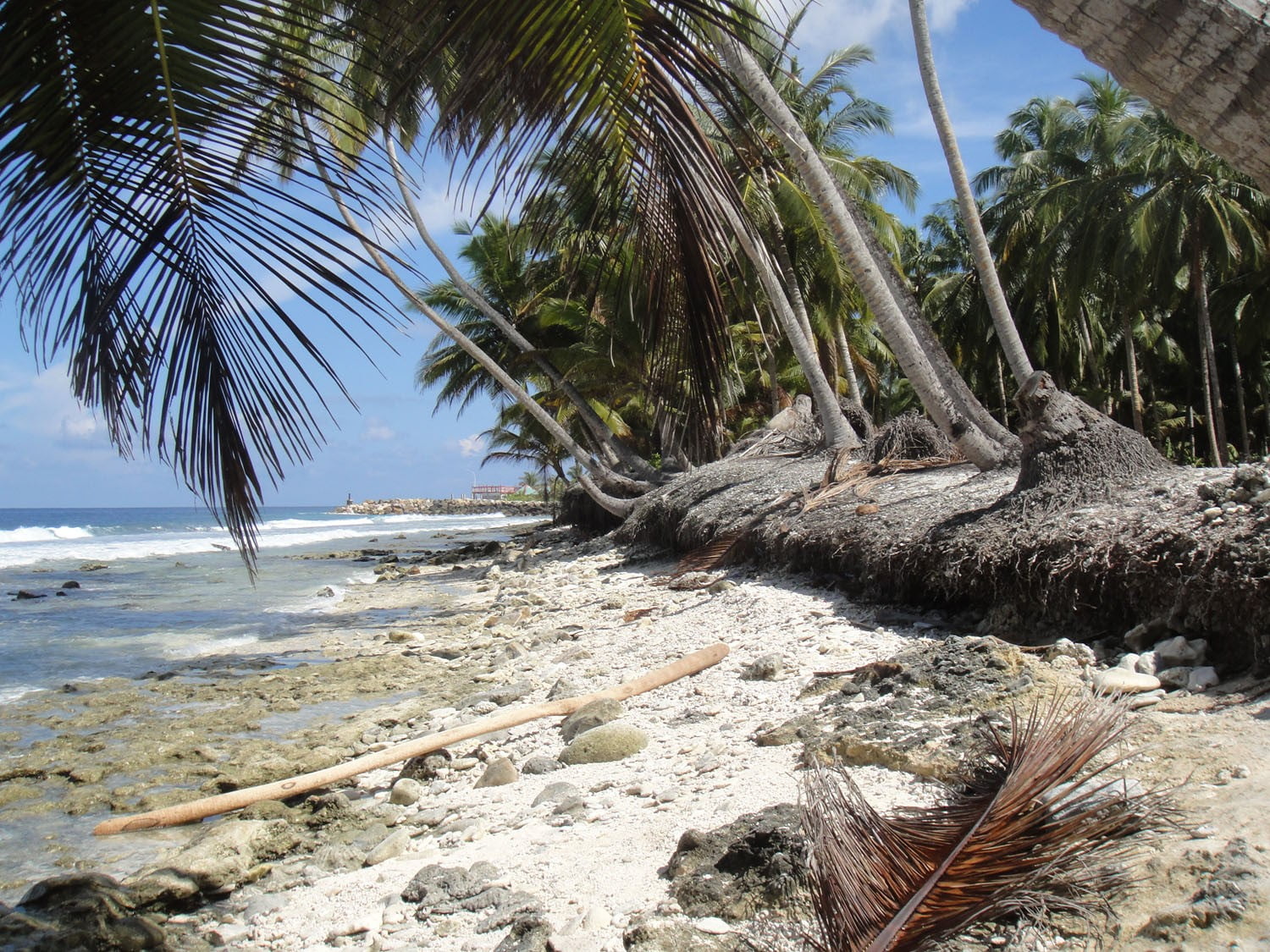 –
The island of Gn. Fuvahmulah, an atoll type of coral island is one of the most southern islands of the Maldives. It is a single reef-top island, formed on a raised oceanic atoll and is the third largest island in the Maldives. This rare combination means that Fuvahmulah is unique in the Maldives and supports a diverse range of habitats including tropical woodlands and wetlands, freshwater lakes, large areas of well-vegetated marshland with fertile soils and coralline sandy beaches. The coast of Fuvahmulah is not protected by a large coastal reef flat where incoming waves are breaking. As a result, the coast of Fuvahmulah is heavily exposed to swell waves and is experiencing severe erosion and flooding problems.

The project aims to introduce solutions to ensure significant increased coastal protection at Fuvahmulah. The consortium is focusing on locations where the urgency is largest and where relatively limited measures can have a significant impact on the local protection against flooding due to possible sea level rise and the ongoing erosion.

TechForce has successfully applied for funding under the Dutch ORIO scheme for the funding of this project (100% in the development phase and 50% in the implementation phase). In addition, TechForce is responsible for project structuring and development; writing and submitting detailed project plans; communication with project donor; developing a financing plan (including acceptable financing options for subsequent phases of the project); calculating financial analyses of the project.